One of Europe’s most beautiful Old Towns, a backdrop of the Rhodope Mountains, historical treasures, smouldering nightlife. There’s a wealth of reasons to explore Plovdiv, but recent decades have polished Bulgaria’s second city.

Its remarkable ruins (including a Roman theatre in the centre of the shopping precinct) were slowly excavated throughout the 1970s and ’80s. And throughout the 2000s, heritage buildings left to gather dust have been lovingly restored into museums, restaurants and hotels.

One of Europe’s most beautiful Old Towns, with a backdrop of Bulgaria’s dramatic Rhodope Mountains. Historical treasures by the thousand. Smouldering nightlife and a wicked sense of humour.

There’s a wealth of reasons to explore Bulgaria’s second city, yet Plovdiv has always flown under the radar. Recent decades have polished Plovdiv into a spirited modern city, without ever dulling the glint in its eye. Its remarkable ruins (including a Roman theatre right in the centre of Plovdiv’s main shopping precinct) were slowly excavated throughout the 1970s and ’80s. In 1990 the long-awaited sports complex (Bulgaria’s largest) was finally completed. And throughout the 2000s, heritage buildings left to gather dust under Communism have been lovingly restored into museums, restaurants and hotels. At long last Plovdiv has emerged from its cocoon: all charming cobblestoned streets, delicately painted houses, craft markets, quirky museums and temptingly affordable shopping. And it’s been well worth the wait.
Life-changing experiences

Like the ‘Eternal City’ of Rome, Plovdiv is made up of seven hills. But Rome is a fresh-faced youngster compared to Plovdiv, one of Europe’s oldest cities. Plovdiv is thought to date as far back as 6000 BC. The city’s turbulent transformation from Neolithic settlement to Thracian fortress, and its transition from Roman to Byzantine to Ottoman rule, can be traced through Plovdiv’s 200 archaeological sites and beautifully preserved buildings (don’t miss the splendid Djumaya mosque).

But the city’s most delightful neighbourhood was born out of the Bulgarian Revival of the 18th and 19th centuries. The Old Town, a jewellery box of timbered houses and church spires, glows in shades from duck egg blue to warm turmeric. Colourful landmarks like St Nedelya’s bell tower form an eye-boggling contrast against Brutalist creations like the central post office and the twisted metal helix of the Main Square fountain.

Once your cultural appetite is sated, let the Rhodope Mountains lure you beyond the city. Explore Asen’s Fortress, a Thracian outpost perched above jagged valleys, or seek serenity at Bachkovo Monastery.
Current craze

Plovdiv has some of Europe’s most distinctive public art. Check out the striking Balkan murals inside the Ethnographic Museum’s garden walls, or the Cubist mural blazing out where ulitsa Saborna meets ulitsa Krivolak I. Look out for cheeky street art like caricatured electricity boxes too.

The Rennaissance town of Old Plovdiv was built during the 19th century. Today it has survived as a unique architectual ensemble on the three hills. Its houses reveal the remarkable urban culture of Bulgarian builders, as well as their sense of harmony and their creative power. The brilliant architecture with its noble, stylish simplicity could be called rightfully the Baroque of Plovdiv. The Bulgarian people have always been proud that Old Plovdiv was restored and preserved as a large open museum in order to stay for future generations. Today Old Plovdiv is an autonomous area within the modern town with a municipality of its own. It is declared an architectural museum reserve with over 150 monuments of culture – houses from the National Revival period. Its magnificent houses are turned into museums, galleries, workshops, restaurants, and pubs, such as “Puldin”, “Trakijski Stan” , “Alafrangite”, “The House of Ritora”, “The Old House”.

There are also parlours and studios of painters and wood-carvers. Families from Plovdiv own many of those houses. The most distinguished examples of the Baroque of Plovdiv are the house of Koiumjioglu (now an ethnographical museum), the house of Georgiadi (now the Rennaissance museum of the national struggle), the house of Nedkovich (the municipality), the house of Chomaka (the gallery of the renowned Bulgarian painter Zlatyo Boyajiev), the house of Balabanov (now a gallery of modern painting, as well as a concert hall), the house of Lamartin (the house of writers) where the French poet Alfonse de Lamartin stayed during his diplomatic mission in Turkey… The famous painting “Old Plovdiv” by Tzanko Lavrenov is probably the deepest revelation of the spirit, the excitement and the atmosphere of that fateful Bulgarian Rennaissance.

The wooden ceilings inside the houses of Plovdiv are carved, as if there is a sun in every room. Walls are polychromatically decorated. They have painted niches and fine, stylish European furniture. There is a kind of magic, some fine, fairly innocence in the spirit of Plovdiv. No wonder why UNESCO awarded Plovdiv a gold medal for architecture in 1979.

Walking around Old Plovdiv, visitors enjoy the steep, cobbled streets and lanes with bow-windows and eaves above them. Facades are colored in harmonious combinations, with stylish patterns of white and blue. Windows have either wooden shuttles, or iron nets. Lovely gardens with plenty of green and flowers, fruit trees, old vines and figs, evergreen boxshrubs and roses under the shadows of old trees are hidden behind solid walls and heavy gates. Fancily colored pots of gullyflowers stand prominently behind windowpanes and upon sills. Wells are now only an exotic adornment. The babble of water running from old little fountains and taps breaks the silence. Tiny doors hidden within the thick walls lead to the neighbours’ yards. All those beautiful colours of the narrow, patriarchal world of the past helped the Bulgarian ancestors to survive during the long decades of the yoke.

This state-of-the-art facility for water sports, almost 4 miles long, has been the host of many international competitions in rowing and kayak. Located in a park near the Plovdiv Zoo, it is a popular place for biking, fishing and recreation. 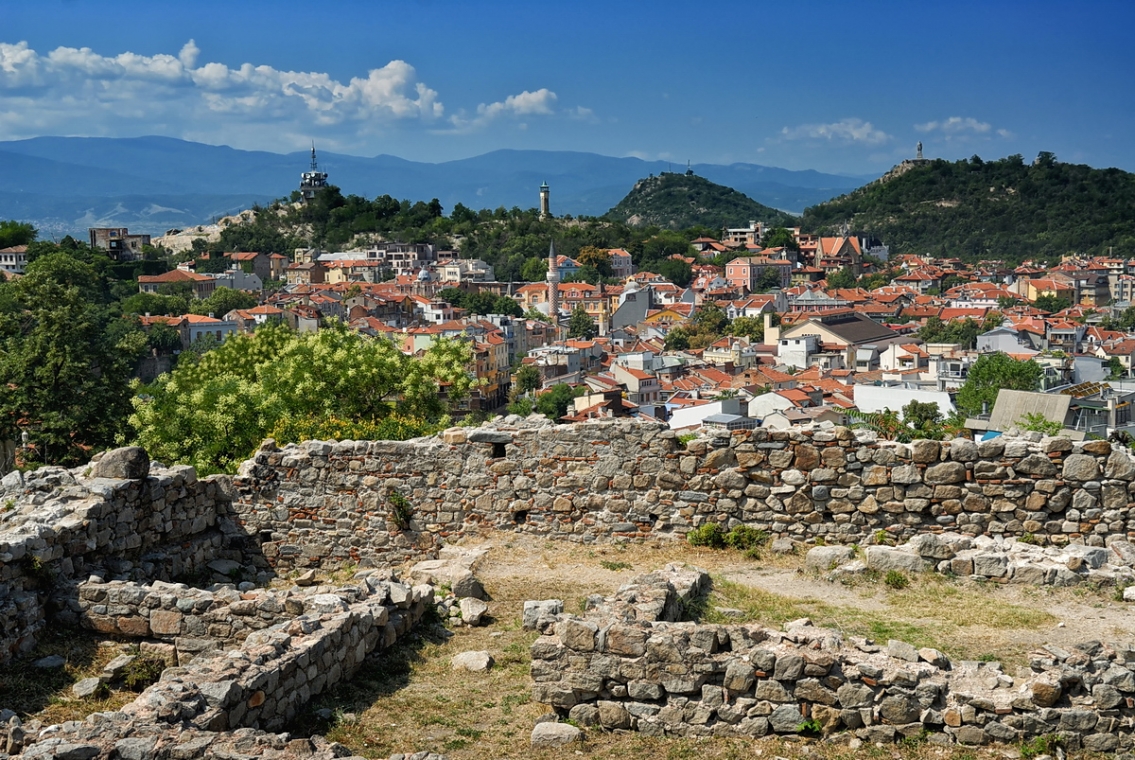 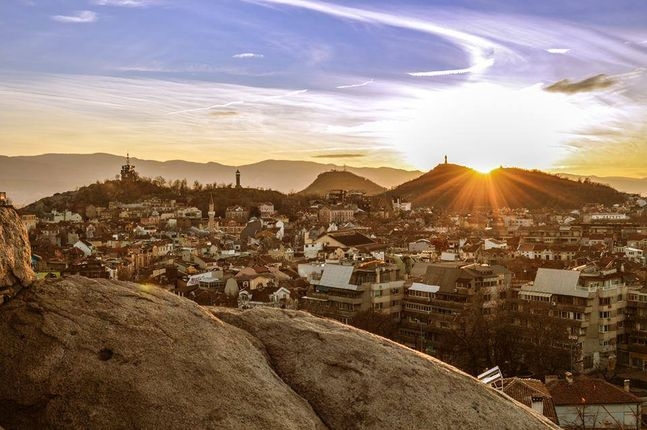 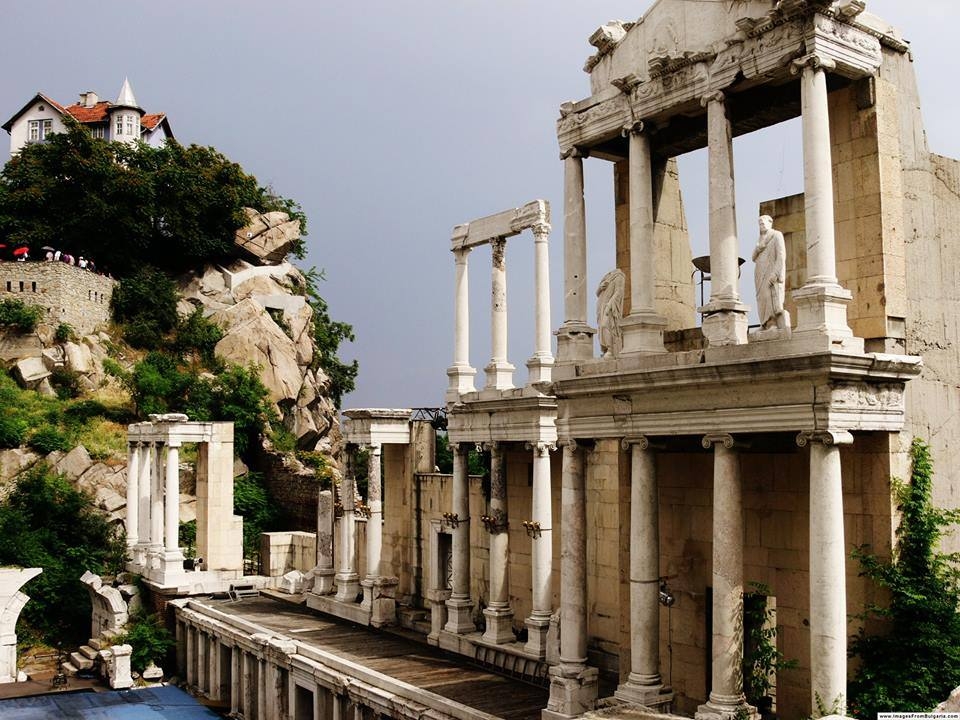 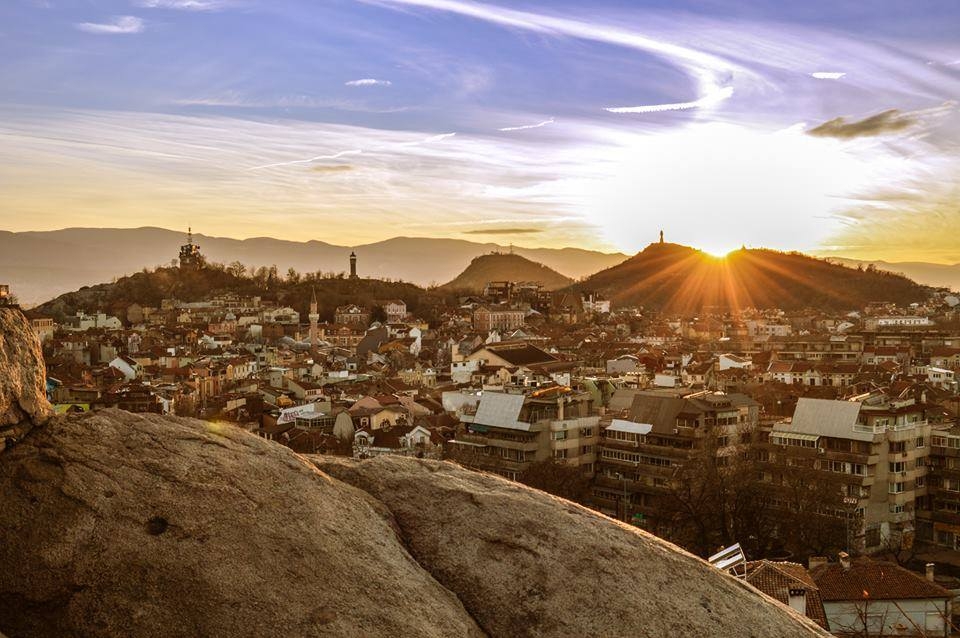 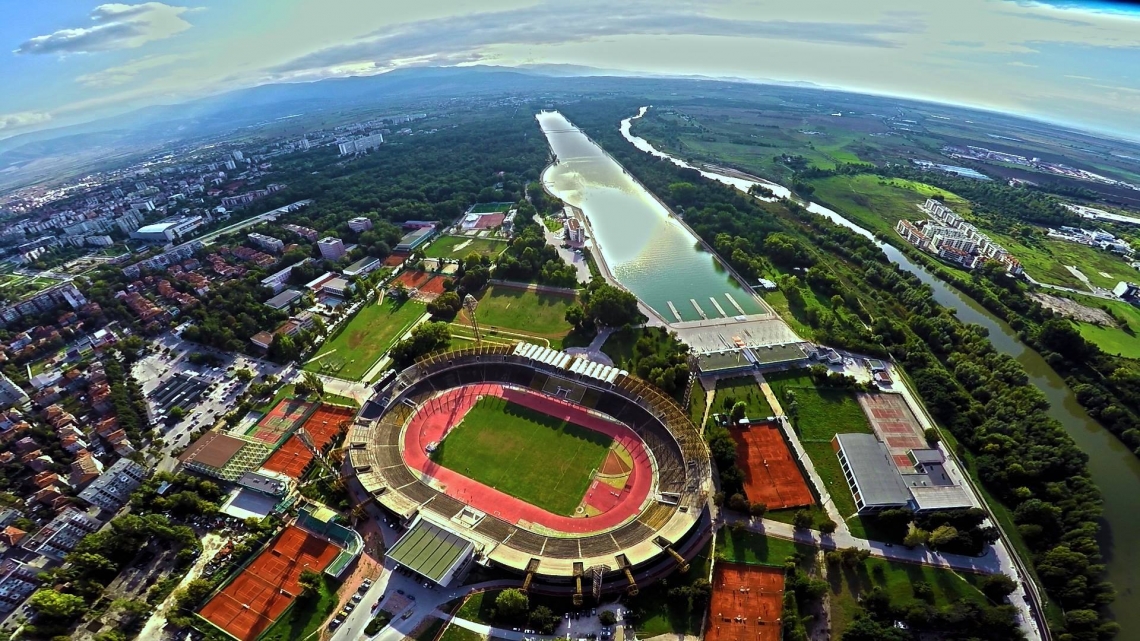 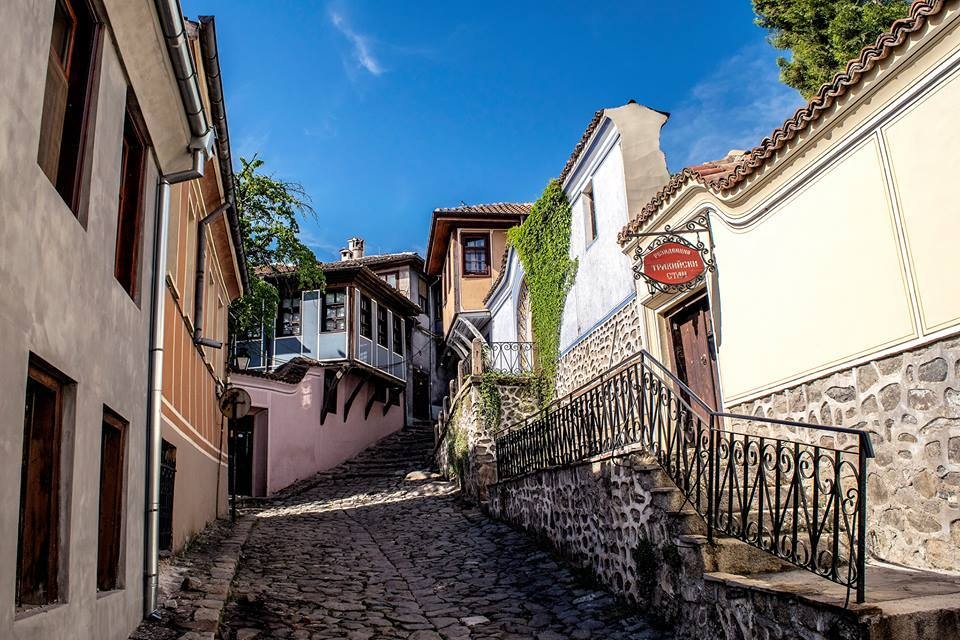 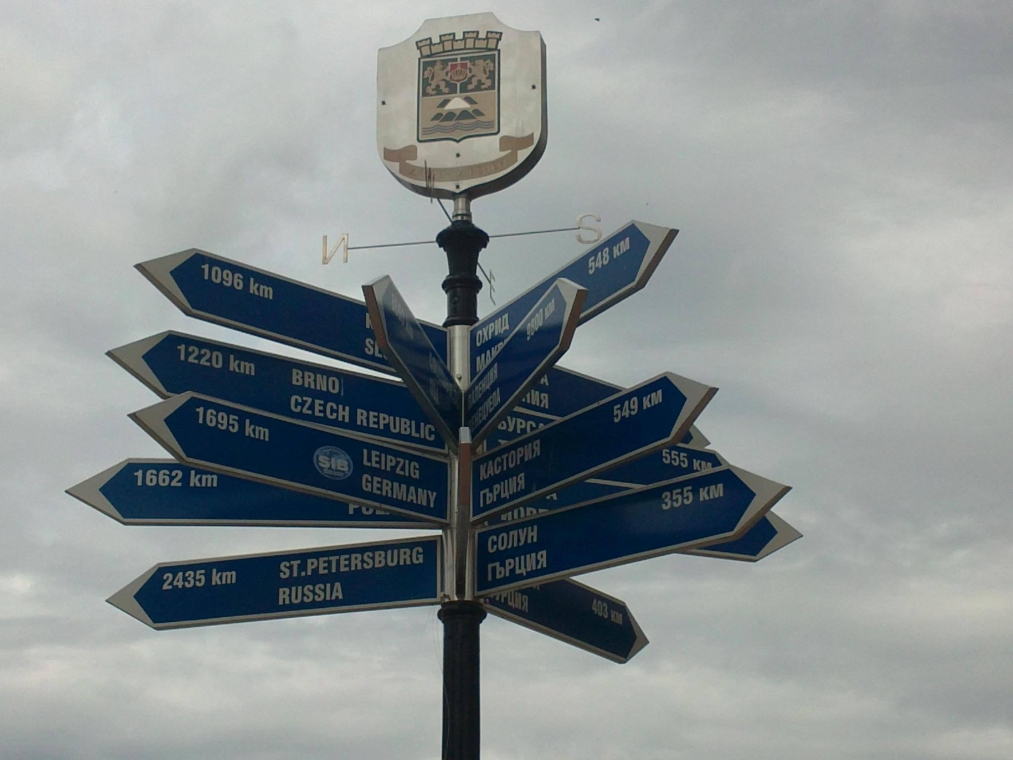 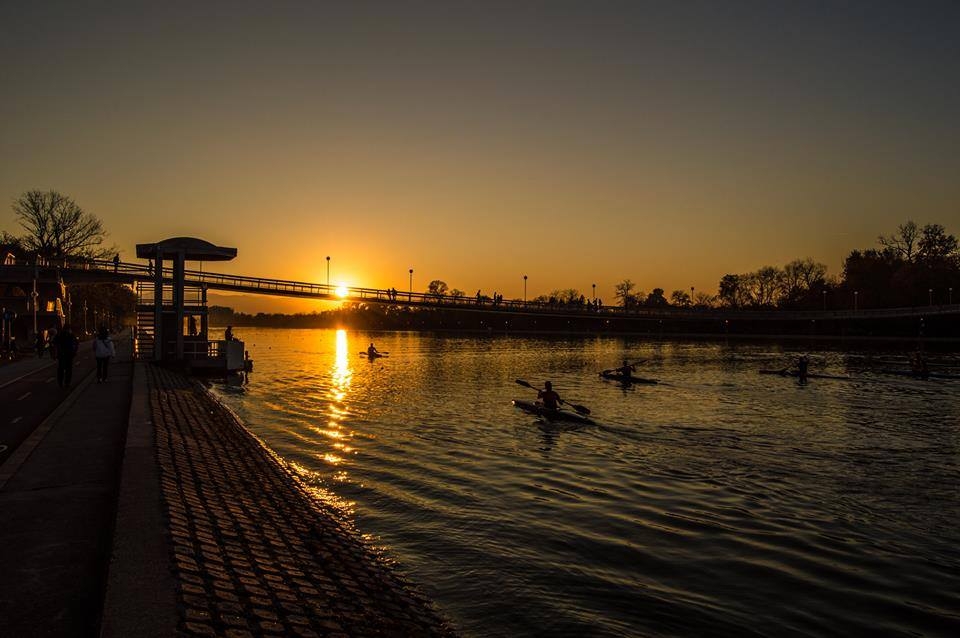 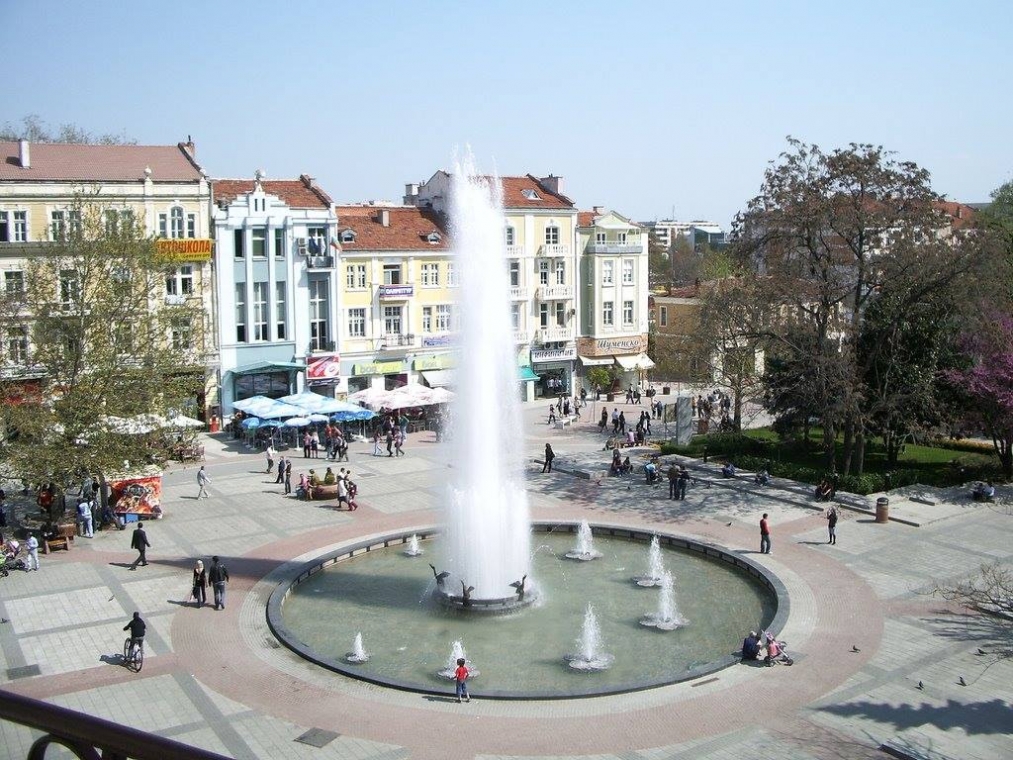 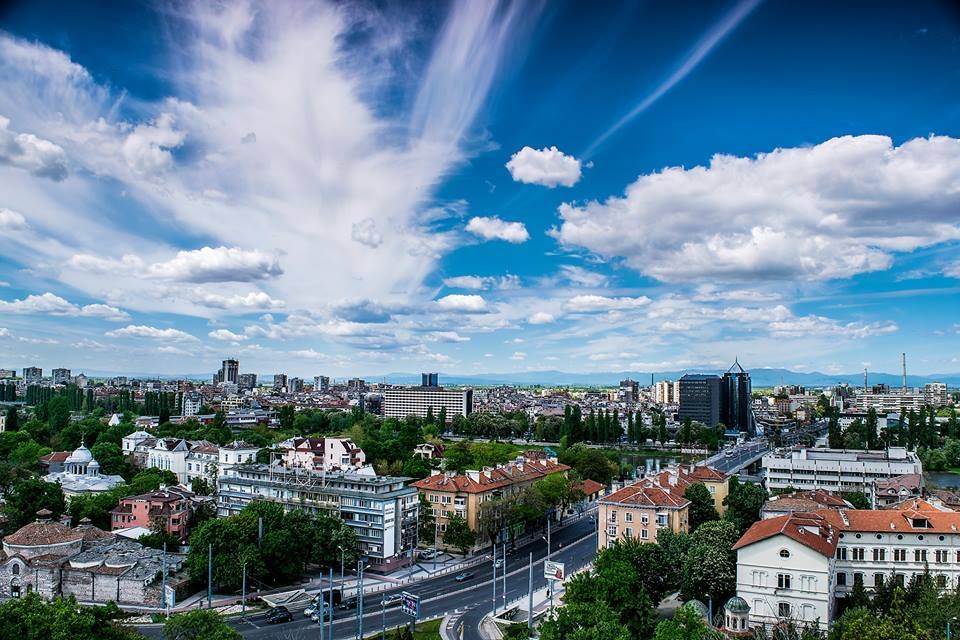 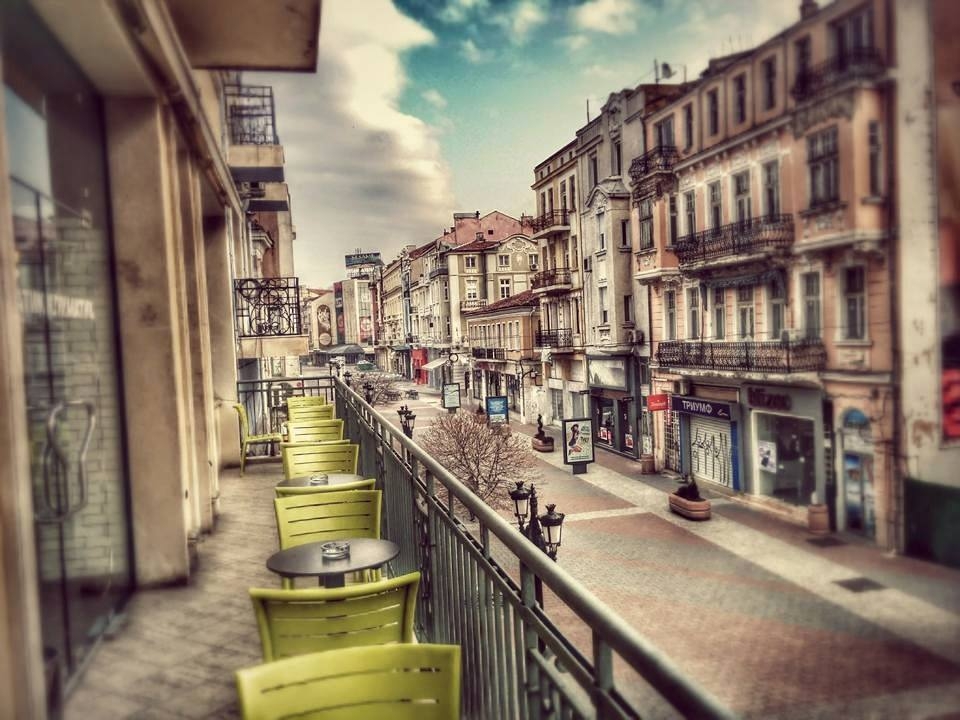 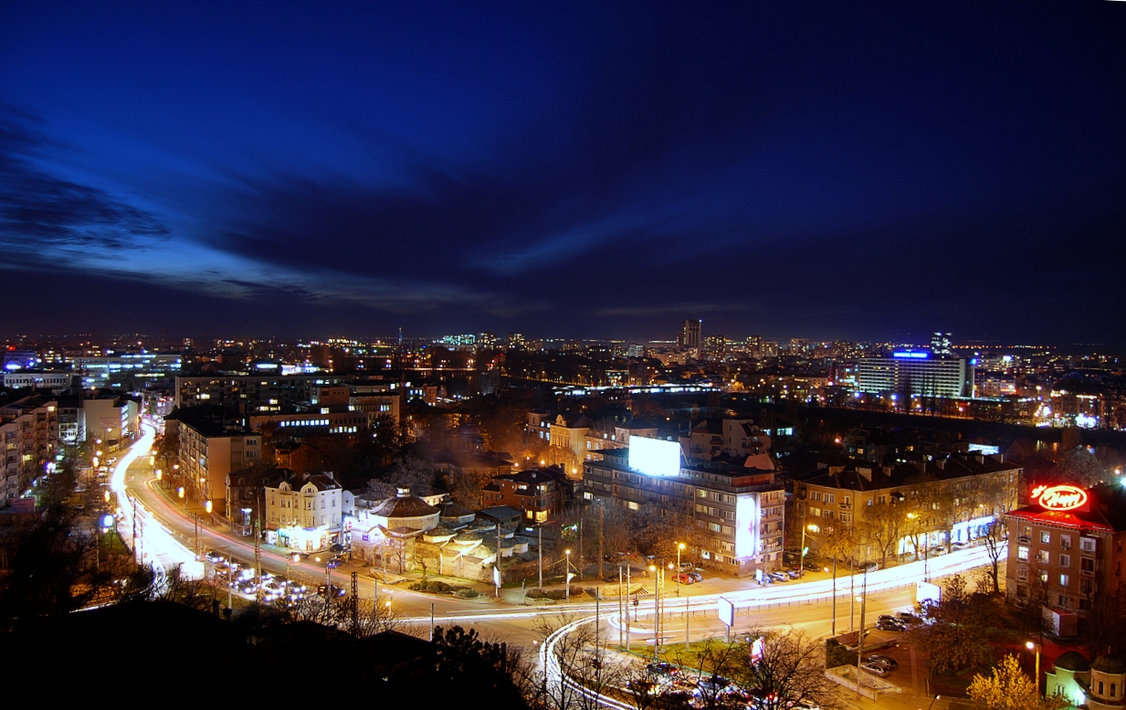 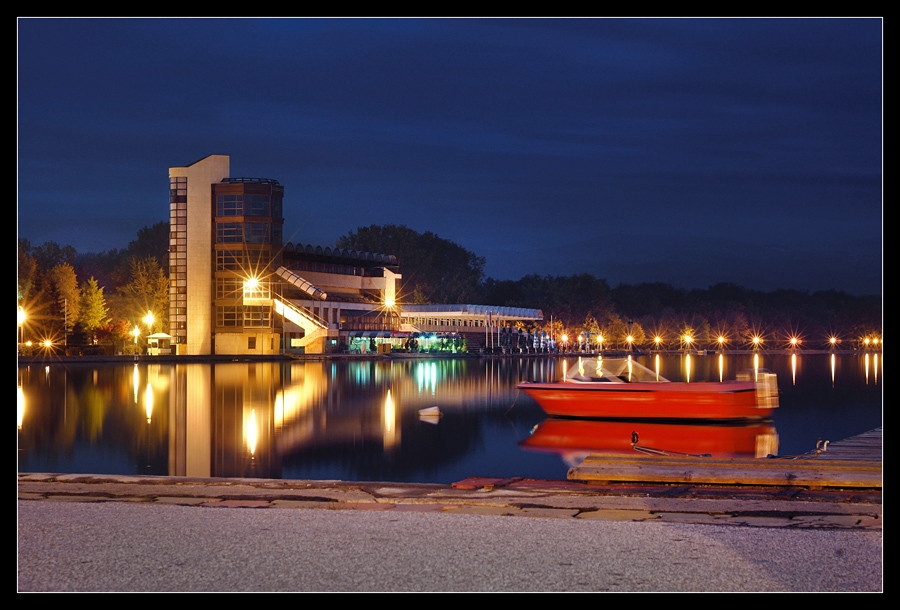